Another trip around the sun for us all. Let’s see what this one has in store for us. In the meantime, apologies for the break in posts — it’s been a bit chaotic, but I have managed to make some images.

I’ve become a little more accustomed to driving on the wrong side of the road. I’ve even gotten used to the idea that they have cameras watching you — I just hope they’re actually reviewing the images because some of these folks really seem to ignore them!

Most recently, I’ve started finding excuses to explore the small towns and villages near by — the discovery that the Henry Moore Foundation is only a few miles away has me anxious for their seasonal re-opening. I’m hoping I can spend a little time there, making images.

I also discovered that at least one nearby town has a form of Saturday market that I managed to stumble upon and made a few quick grabs on the street. This one reminded me so much of that Genesis album I referenced earlier… wonder if she took “the Safeway home?” 😛 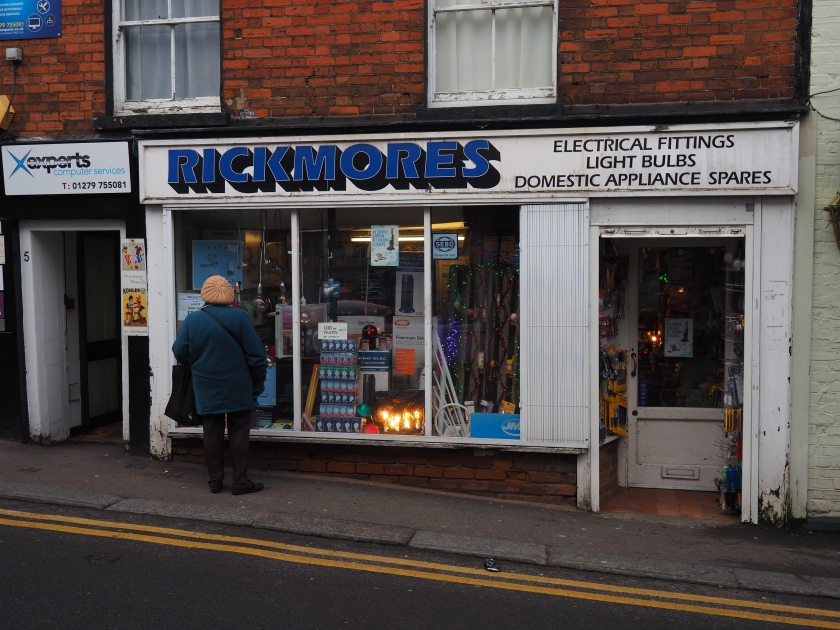 … so far as I know, the paper was not late. [Genesis, “Selling England By The Pound]

Made a quick trek in to see an exhibit at the British Museum. I’ve begun to find the space — as a place for people watching and street photography — as a surprisingly fruitful one. A little patience there certainly rewards one.

Fascinating to see who WASN’T gazing at some kind of mobile device. Someone suggested to me that those who were engrossed were actually on Google, looking up background to prepare them for their impending cultural experience. What do you think? Feel free to comment below… I’m always curious and often amused by the stories that people see, oftentimes because it is so at a variance with what I was perceiving at the time.

That’s it for now — errands to run while there’s still some daylight left!