Of course, if we look at the calendar, it’s been with us for some time now… but, until recently, you wouldn’t have known it. Flowers sprouting up and trees budding out in bloom, it’s as if it was really Spring!

Until this past week.

A little blast of air showed up (“Beast of the East?” Seriously?) and dumped Serious Winter on most of Europe and the UK went crazy with the sudden appearance of cold temperatures and lots of white stuff on everything.

Londoners, and the tourists therein, were scrambling to deal with this seemingly new phenomenon. 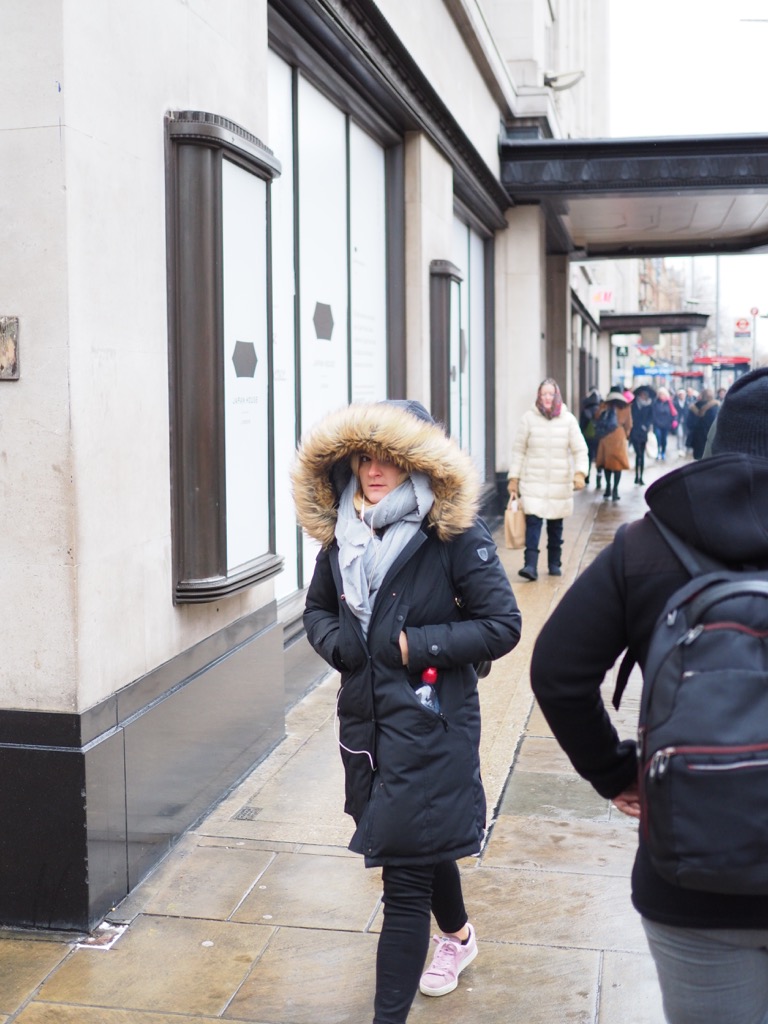 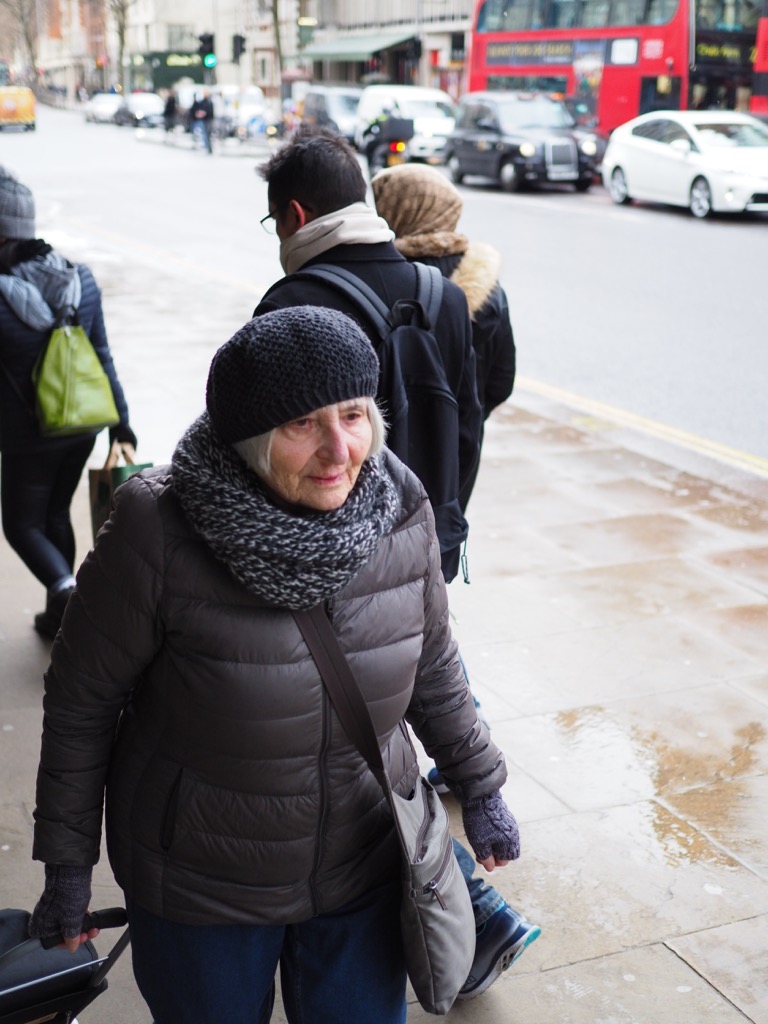 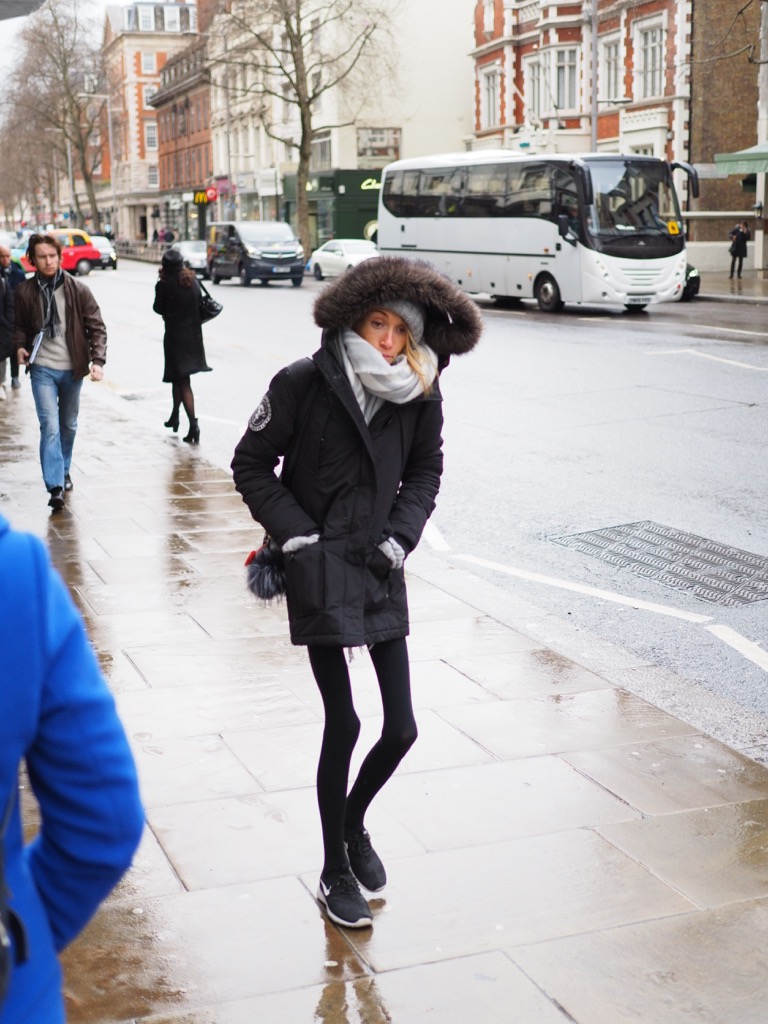 Not all were deterred: witness these brave souls…

I haven’t seen so much down gear since I left Alaska and you’d think that Canada Goose was a local brand in this town.

Fur, both fake and otherwise, was much in evidence, too. 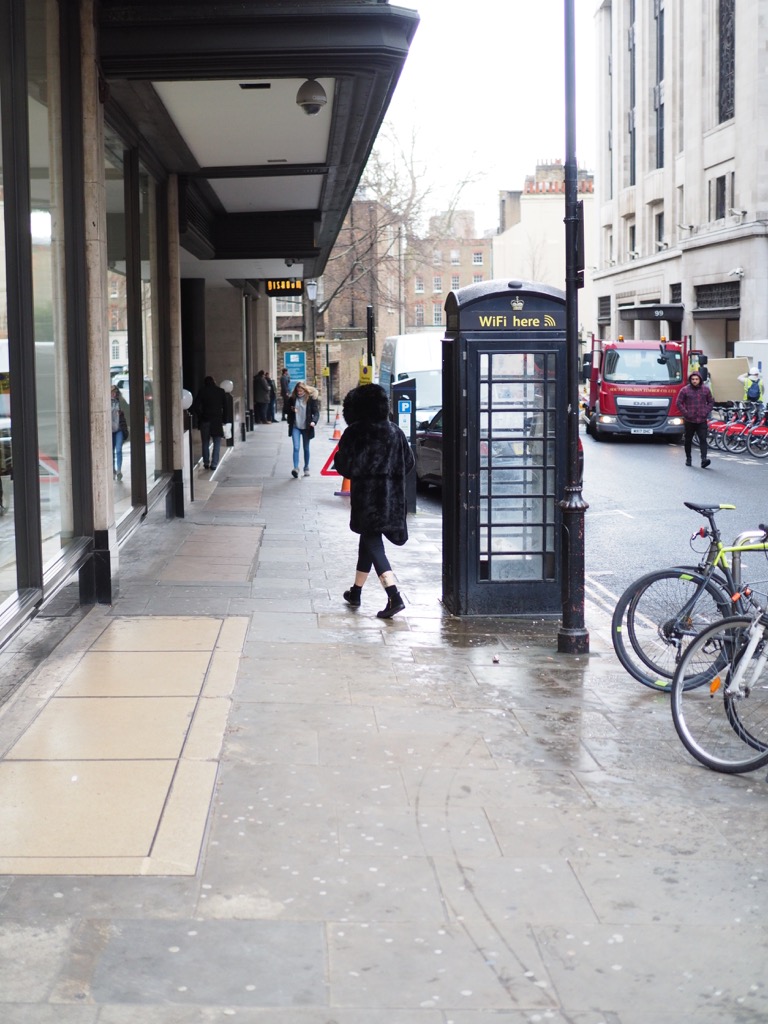 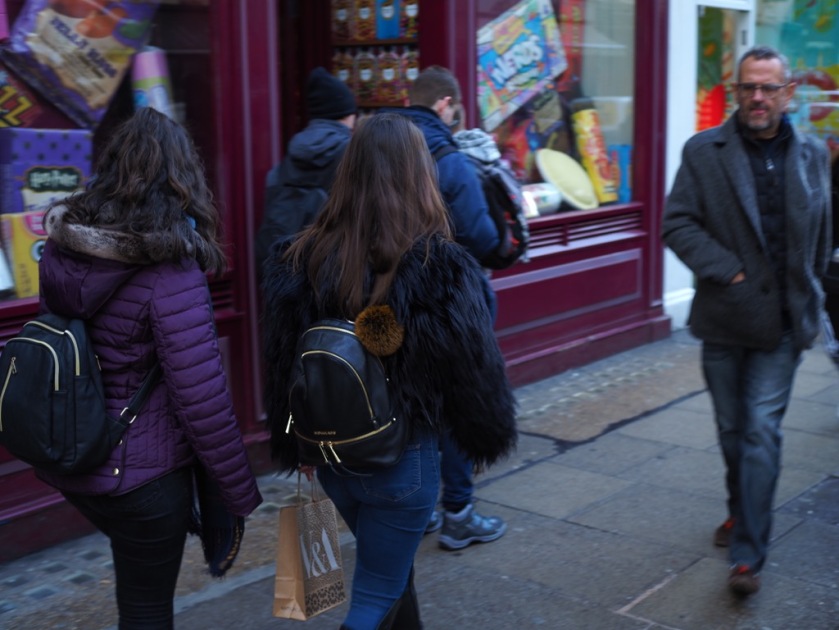 Or enjoying the scenery… 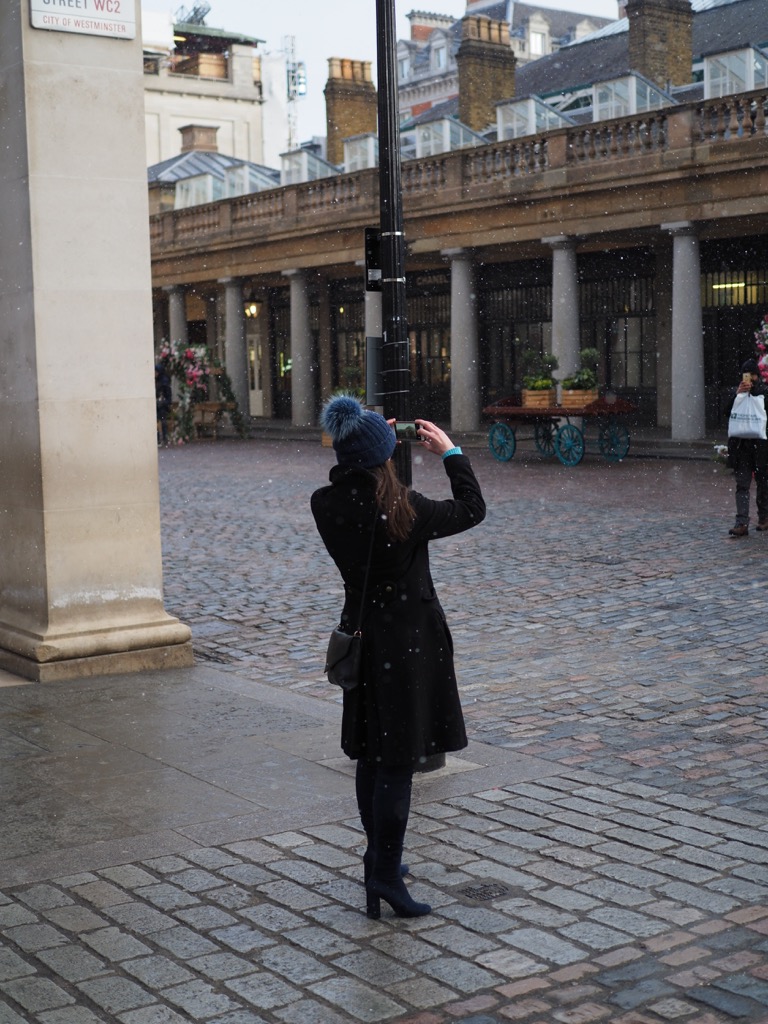 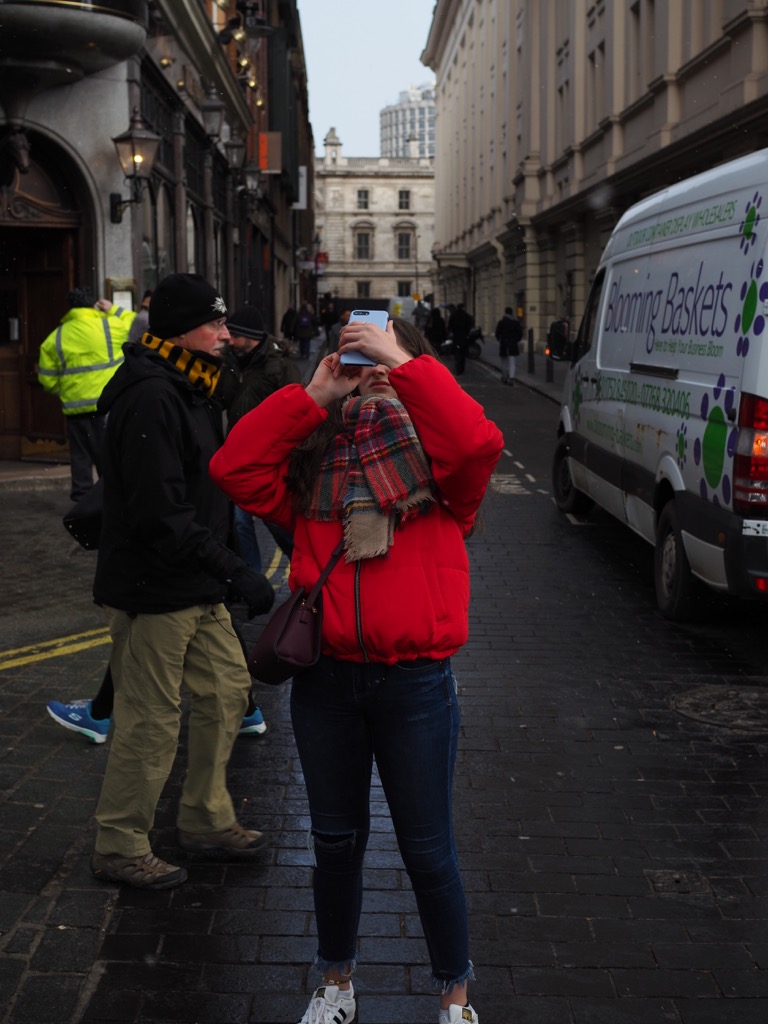 But some of us were getting some work done… Isaia is a young Israeli photographer, shooting film. We got in to a great discussion about it as he was using one of my favorite little 35mm SLRs, the Olympus OM-1.

Keep up the good work!

The Tube was a great equalizer, although we were all worrying about impending delays and cancellations.

Friday was Holi, so I’m going to close with some local color… 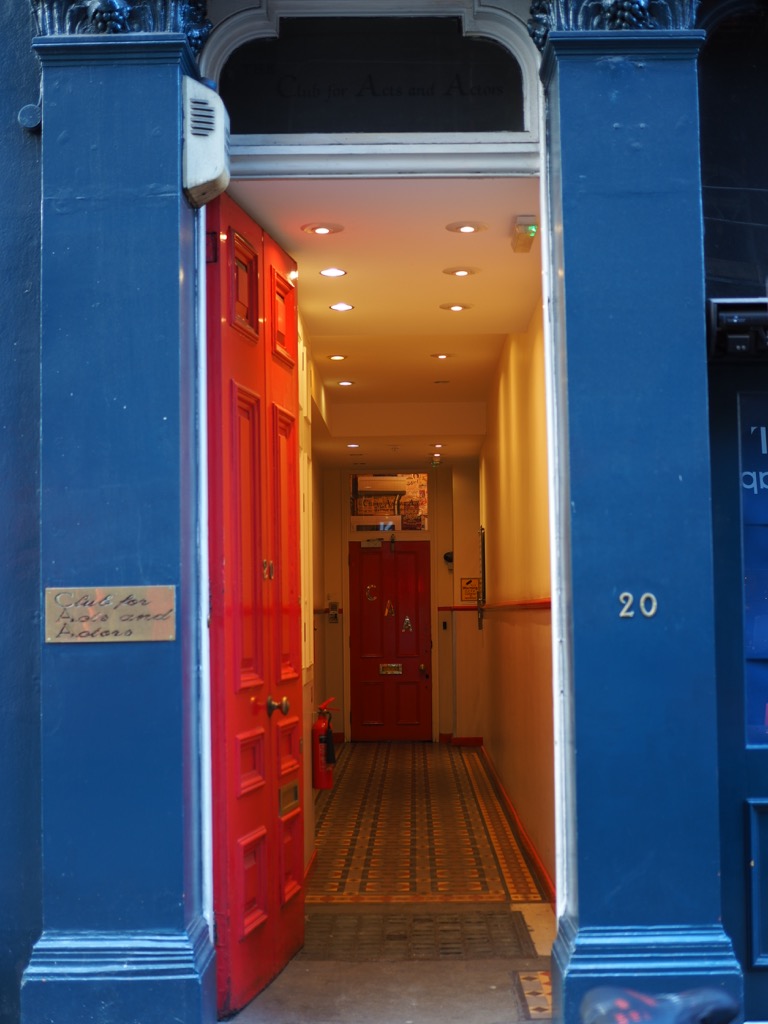